Wasp lifecycles – what you need to know!

Did you know that wasp nests are not reused each year? Have you wondered when wasps start to nest and when they disappear and why? 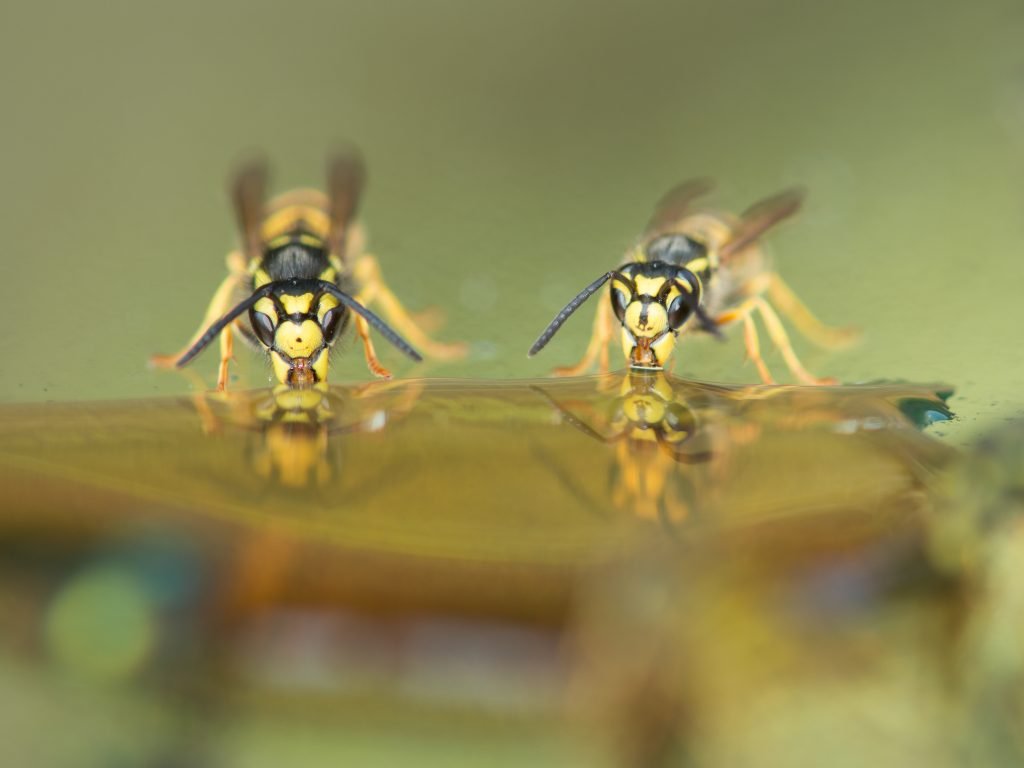 Here the Wasp Guys answer all of your questions to help you understand the life of a wasp!

Stage 1: Awaking of the queen

During the winter, fertilised wasps hibernate. Queen wasps which survive hibernation usually wake up when the weather starts to get warming so that they can look for a place to build a new nest. In the spring, the only source of food is nectar from plants and flowers, so wasps play a vital role in plant pollination.

Once a nest location has been chosen, the queen gathers building material for the nest by stripping wood from fence panels and sheds. A paste is made to construct the nest by chewing the wood. The queen creates a centre stalk called a petiole which she then covers in a chemical to repel ants from the nest. Around the petiole cells are then added, ready for eggs to be laid.

Now the nest is formed and ready, the queen lays eggs one by one in the cells of her new nest. Once the eggs hatch into larvae, she feeds them with protein rich food from the insects that she feeds on. The larvae spin a silk cap over the top of their cell before they pupate into an adult wasp. By July, worker wasps take over the duty of nest building, collecting food and feeding the larvae so that they queen can continue laying eggs.

As the worker wasps collect more material for the nest, the queen is busy laying up to 100 eggs each day. This means that a typical nest can be home to over 20,000 wasps!

Around August, at the end of the summer, the wasp nest reaches its maximum size.

At this stage, the queen lays queen eggs and drone eggs with the potential to have up to 1500 new queens in each nest.

The original queen wasps’ job is now complete, and the responsibility is handed over to the new queens and male drone wasps where they leave their nests and make their way to mating areas. Nests seem to synchronise so that this process happens at a similar time so wasps from other nests mix to avoid interbreeding.

Now the winter is on the horizon, the newly fertilised queens find somewhere to hibernate.

Stage 5: The end of the wasp nest

As the autumn draws in, in September, the remaining worker wasps can no longer feed on the sugar solution provided by the larvae, this means that they have to look outside of the nest for food.

This is why people often see wasps more during September in beer gardens etc, as worker wasps search for sugar.

As the winter approaches, all of the worker wasp’s food diminishes and all but the new hibernating queens die, and the nest is no longer used.

As we emerge into the spring, the whole process starts again.

If you want to find out more about wasps and their lifecycle or you are concerned about a wasp nest near you, contact The Wasp Guys today on: